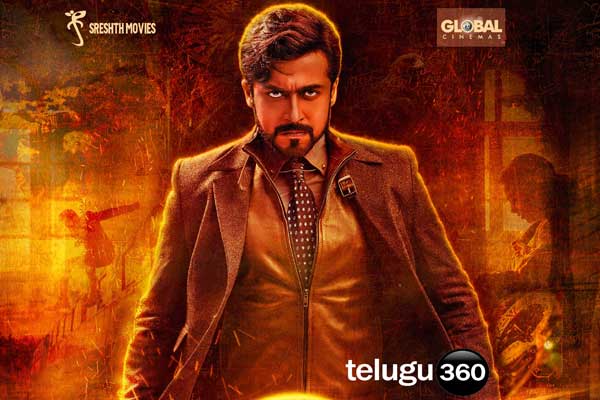 Suriya’s forthcoming sci-fi thriller 24 is one of the eagerly awaited films this Summer. The tantalizing posters and the fascinating teaser have raised the curiosity levels about the film’s central theme. Both the Telugu and Tamil audio launch events took place yesterday and the theatrical trailer was also released.

The two-minute trailer is an interesting mix of the film’s intriguing plot and the lead pair’s romantic journey. All three characters of Suriya – a scientist, an angry old man and a romantic guy are briefly introduced keeping the suspense about a ‘Watch’ which is going to play a crucial role in the film’s narrative. Also, the trailer glimpses that the film has ample dose of lovely teasing scenes between Suriya and Samantha.

The pulsating background score given by AR Rahman and the stupendous camera work by Thiru complemented the trailer very well. This intriguing trailer has stormed social media and garnered superb response from the audience. Directed by Vikram Kumar , 24 is produced by Suriya on his 2D Entertainment banner.

24 is slated to hit the screens in May. An official date will be announced very soon.