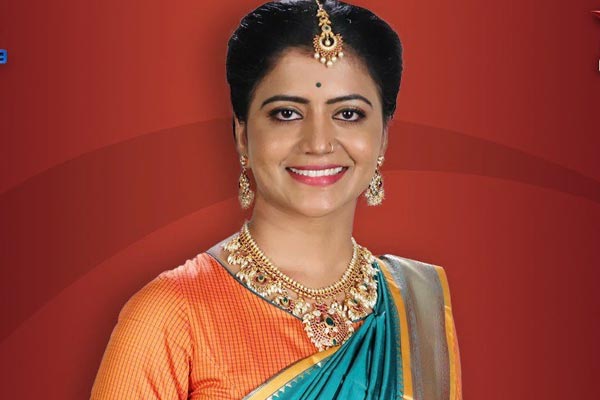 Shiva Jyothy, who became popular as ‘Savithri’ from the Teenmar show of V6, finally joined TV9 as expected. Details as below.

Shiva Jyothy left V6 channel to join Bigg boss show in MAA TV. She got a lot of fan following from Bigg boss as she revealed her emotional side to the audience. However, she could not reach the finale, probably because of her too much of crying in the show irritated the audience at some point. Many were wondering what will she do once Bigg boss show finishes.

At the same time, Bithiri Sathi, who was co-participant of Shiva Jyothy in Teenmar show also left V6 channel and joined TV9. However, he failed to create magic in TV9 with ‘iSMART news’ program in TV9 and that program couldn’t garner even half of the TRPs of V6 show. So, now Shiva Jyothy also joins TV9 and it is expected that she will join Bithiri Sathi in the program. We will have to wait and see if she can help in making iSMART news program a success.