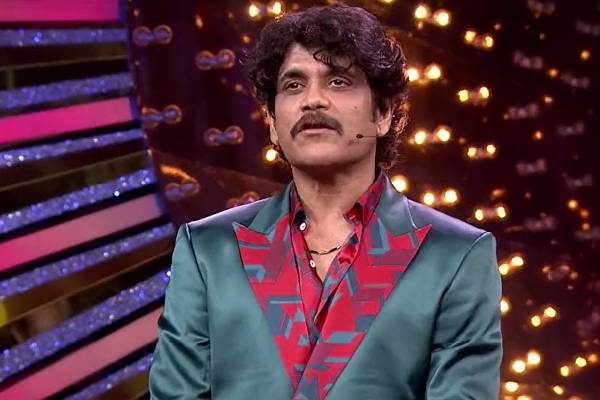 Bigg boss season 6 is going on good as of now though not great. Just like last Saturday, today also Nagarjuna grilled the housemates. Details as follows.

Nagarjuna asked the housemates to tell their opinion about former captain Raj. Baladitya told he didn’t perform as per the expectations. Nagarjuna concurred that Raj was not up to the mark. He reprimanded Raj for sleeping despite being the captain. He grilled Baladitya for being complacent in the house. He advised Vasanthi to mingle well with other housemates. He corrected Keerthi for crying on petty things. He reminded Sudeepa that he is the least performer in the thieves group.

Nagarjuna appreciated Satya and Srihan for improving their game this week. It is known news that Satya was the Captaincy contender this week. Though he appreciated Srihan‘s game, he corrected the way he spoke about Inaya. At the same time, he corrected Inaya for calling Srihan “vaadu “. He also reprimanded Geethu for her loose tongue. He told Arijun and Raj not doing anything in the house. Nagarjuna grilled Neha too. Nagarjuna appreciated Chanti’s behaviour but he told Chanti’s game is not up to the mark.

Nagarjuna appreciated Adi for playing well to become captain. He also appreciated Faima . He told Surya played well. He told Arohi can do better job. He teased her by showing a photo in which she was close with Surya. He appreciated Geethu’s game but he suggested her to change way she talks.

Later, in a rather surprising move, host directly nominated 2 contestants – Arjun and Keerthi for next week’s elimination.