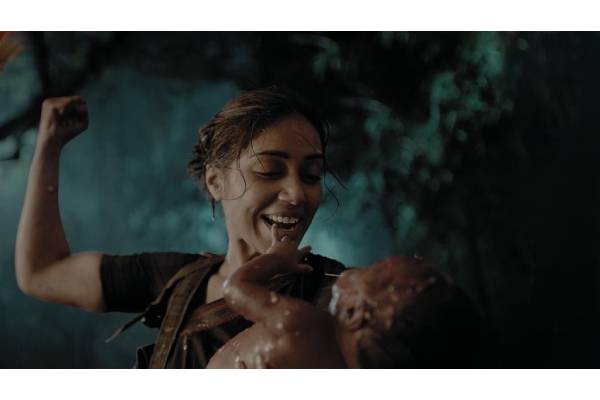 Rana Daggubati and Sai Pallavi’s Virata Parvam is releasing on 17th of this month. The movie is riding on good hype thanks to solid promotional content and good response from the film’s special previews to select audience.

Meanwhile, the makers have released a scene from the film – ‘Birth of Vennela’ which depicts the theme of the film. Sai Pallavi’s mom is seen going to hospital for delivery but gets struck in the ambush between the Naxals and the Police.

Nivetha Pethuraj takes a bullet but still proceeds to help deliver. The scene is an indication of how Sai Pallavi is attached to the Rebel philosophy. It explores the humane side of the rebels in the film.

We also get to justify the theme of the film – love in the middle of a revolution.

The scene is effectively the essence of the story and is released at a perfect time. The scene also indicates how emotional each scene in the movie is going to be. Moreover, it is likely to be the opening scene and it will only get better from there.