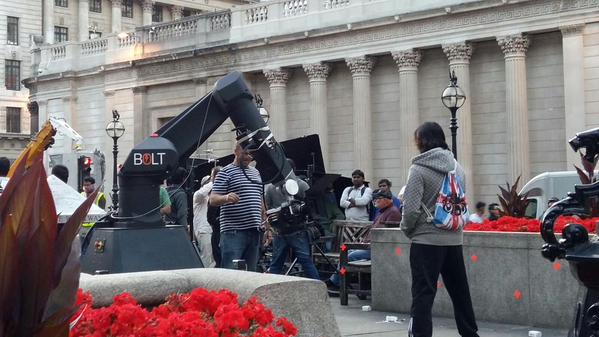 NTR – Sukumar film which is tentatively titled Nannaku Prematho is progressing at a rapid pace in London. Recently a fight sequence was shot on NTR and other fighters on the streets on London. Bolt Cinebot Robotic Arm was used in the filming of this sequence. Bolt Robotic Arm helps in taking the movement speed of the camera instantly from zero to top speed and helps in capturing extremely high speed moving objects at a very high frame rate. This technology is being used for the very first time in an Indian movie. This fight promises to be an eye feast for the Telugu audience. Rakul Preet is paired with NTR in this film. Rajendra Prasad and Jagapathi Babu are playing key roles. Devi Sri Prasad is scoring music and BVSN Prasad is producing the film.