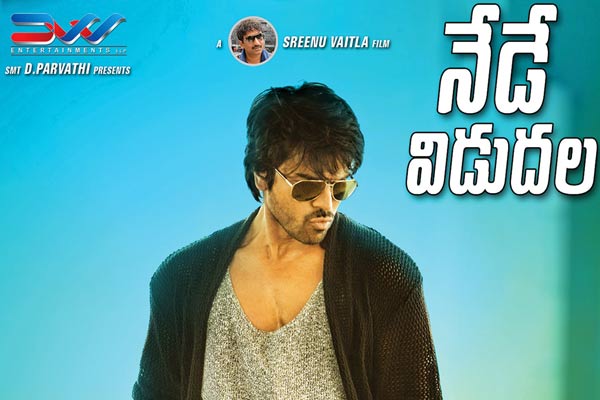 Karthik (Ram Charan), fondly called as Bruce Lee, is a daring stuntman who sacrifices his studies at a young age for the sake of his sister(Krithi Kharbanda) who is an IAS aspirant. Karthik does take a lot of effort along with his father (Rao Ramesh) to help his sister reach the goal. One fine day, he chances on a cute girl Ria(Rakul Preet Singh) and both of them fall in love with each other.

In the meantime, Krithi Kharbanda happens to encounter a serious treat from a rich business man Jayraj(Sampath Raj) and his son (Arun Vijay). Timely involvement of Karthik into the issue is what sets the base for the story. He then starts on a mission to accomplish a big task

What is the problem that’s been faced by Karthik’s sister ? And, will the endearing brother get his sister out of the big trouble and help her reach the goal ? Rest of the story will give answers for these questions.

Ram Charan’s energetic and balanced performance is the major attraction for this film. He is effective in the emotional scenes especially before the interval. Also, Charan’s dances are a treat to watch.

Rakul Preet is gorgeous and gave a matured performance. Her glamour is an added advantage to the film. Krithi Kharbanda looked her part in sister’s role. Rao Ramesh and Sampath Raj did a good job in their respective roles. Arun Vijay as the main antagonist did complete justice to his role.

The entertainment elements is a big draw for the film. Sreenu Vaitla,who is an expert in handling these type of stories, has infused good dose of entertainment and also ensured that the film does have a good scope for family emotions. Some sentiment scenes featuring Charan, Krithi Kharbanda and Rao Ramesh have come out pretty well.

The first half is decent and Chiranjeevi’s cameo towards the end of the film is an eye feast for the audience. His screen presence will surely be one of the biggest assets to the film.

After a decent first half, the proceedings in the second half turn out to be quite routine and sloppy. Sreenu Vaitla once again banks on his regular template of introducing a lot of characters.

Some scenes looked over the top and take out the energy from the film. A lot of characters haven’t been utilized to their full potential and the length is also an undoing aspect of the film.

The storyline is stale and the narration is very routine.The film loses its momentum completely in the second half and none of the scenes create any sort of interest among the audience.

The fights have not been executed perfectly and the dialogues are not up to the mark. Many logics go missing and lot of scenes end abruptly.

Manoj Paramahamsa’s cinematography is impressive as he captured all the visuals very well and presented the songs in a decent way. SS Thaman’s music and background score are the backbone for the film.

Many unnecessary scenes could have been easily edited out by MR Varma. Choreography in all the songs is top notch.

Coming to direction, Sreenu Vaitla once again used a worn-out story line and narrated it in a predictable way. The screen play is quite sloppy in the second half. He failed to utilize the characters perfectly and concentrated more on the family emotions.

DVV Danayya made the film with lavish production values and every frame appears quite rich.

Bruce Lee is a regular family drama which is infused with entertainment and other commercial elements.The first half of the film is decent, but the plot veers off unnecessarily in the later half with predictable narration. Ram Charan’s energetic performance and Chiranjeevi’s cameo appearance are the selling points for this film.