Life before and after the marriage will not be same says Nithiin through Bus Stande song from Rang De. The lyrical video of brand Devi Sri Prasad song with a likeable tune and groovy beats is unveiled just a while ago.

The song begins after Nithiin and Keerthy Suresh enter the wedlock and the former comes to know that his colorful life is thrown into darkness after marriage. Nithiin is seen doing dishes, cleaning floor and other house chores, while Keerthy Suresh takes all his contentment.

Devi Sri has kept the pace in a moderate level with western beats, whereas Sagar’s vocals are peppy. A special mention has to be made of the lyrics Shreemani whose wording is rhythm and is in completely sync.

Venky Atluri has directed the film which is done with its shoot. The production venture of Naga Vamsi’s Sithara Entertainments is in post-production stages. The film is scheduled for release on 26th March. 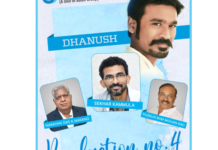 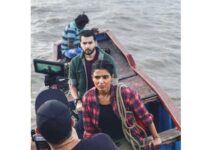 Working with Samantha Akkineni was a learning experience: Shahab Ali