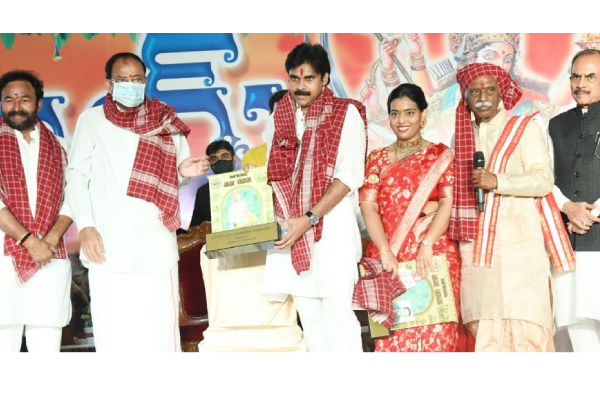 Haryana Governor Bandaru Dattatreya’s Alai Balai programme, organised post Dasara festival, is indeed a unique event. It brings arch rivals, who fight bitterly at every opportunity, to sit side by side and exchange banter. Over the years, people from all walks have become part of the programme. But, this year’s Alai Balai was quite different.

This year, every effort was made to project Dattatreya’s daughter Vijayalakshmi. It was quite clear that she would foray into politics in 2024. Vijayalakshmi’s photos and banners were all over the place. In fact, unlike the earlier practice, she personally met all the VIPs and invited them to the programme. It was ensured that the pics of her inviting the ViPs were published in the media.

Even at the venue, she was seen inviting the guests, escorting them to the stage and presenting them with mementos. Several speakers openly supported her and wished her well in her political journey. Some openly asked her to enter politics.

Since his son’s death, Dattatreya has begun promoting daughter Vijayalakshmi. She is married into senior BJP leader Janardhan Reddy’s family. Janardhan Reddy has deep roots in Chevella. Sources say that she could contest from Chevella Lok Sabha seat in the next Lok Sabha elections and Dattatreya and Janardhan Reddy could campaign for her.