After Governor Bishwabhushan Harichandan gave his nod to the two controversial bills including the three capitals bill, former chief minister and TDP president N Chandrababu Naidu described it as a historical blunder and the “darkest day” in the history of Andhra Pradesh.

Addressing a press brief soon after the Governor’s assent to the two crucial bills, Naidu lashed out at the Governor stating that “The Governor’s decision is a historical blunder. It is most unconstitutional, violative of the AP Reorganisation Act and the Constitution of India.

Naidu had vowed to continue his party’s fight against the Jagan government’s move to trifurcate Andhra Pradesh by creating three capitals. “We will wage a legal fight against the Governor’s decision. We wanted to build a state capital for the whole world to admire. We wanted to build a modern capital that did not belong to any one party, or section, but to the people of the State and even the nation. This government has made a mockery by announcing three capitals. The three capitals idea is flawed. It has become the biggest joke in the country. With three capitals, people will be asked questions as to which capital do they belong to in Andhra Pradesh.

“Amaravati farmers sacrificed their land. More than 29,000 farmers came forward to give away their lands for the construction of capital in Amaravati with a dream of top class capital. The farmers had voluntarily contributed 35,000 acres of land and their gesture was lauded by many as a one-of-its-kind initiative in the country. Today, their dreams remained shattered. They feel deceived by the present Andhra Pradesh government which had hatched several conspiracies to kill Amaravati, which would have brought investment to the state and jobs to people of the state,” Naidu rued. Amaravati would have generated thousands of jobs and promoted economic activity that could create wealth for the State, he stated.

“Amaravati is centrally located. While retaining Amaravati as the capital, the rest of the state can be developed. When we announced Amaravati as the capital, we undertook a detailed study of the overall development of the state. We made plans to ensure every district gets a project. We wanted to make Chittoor as the industrial capital while the entire Rayalaseema as an industrial hub. History is a proof that no country or state ever prospered by dividing regions or people,” he pointed out.

Naidu accused the YSRCP government had done everything possible to destroy and kill the dream of Amaravati, the people’s capital, but also the dreams of five crore people of Andhra Pradesh by scuttling the projects and reversing all the decisions taken by the TDP government.

He said that with the outbreak of coronavirus and with the situation turning grave each passing day, the Jagan government and its administration is busy focusing its energy on shifting the capital away from Amaravati when it should be rescuing people in this hour of health crisis. 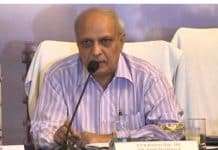 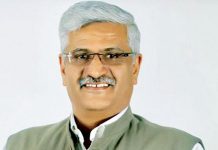