Has senior minister in YS Jagan Government Kodali Nani been completely isolated in the infamous casino case of Gudivada? Why did the YSRCP not release even a single press note backing Nani? Why no ministerial colleague joined the chorus of support for Nani? Has he been left to defend himself on the issue? These questions are being asked in the casino issue.

Nani has repeatedly clarified that he was not in Gudivada during the sankranthi period and that he was hospitalised. Yet the TDP fact-finding committee has held his responsible for holding casino during the Sankranthi festival season. It is also clear that the TDP is not going to relent on this issue.

However, the YSRCP seems to be ambivalent about Kodali Nani. No one except minister Vellampalli Srinivas came out in Nani’s support. No one has even released a statement supporting him. Even Ani Kumar Yadav remained largely silent. Kodali Nani is left to defend himself and in his desperation, he has become more belligerent and instead of defending himself, he is aggressively attacking Chandrababu Naidu and Lokesh.

The party too has not come out in his support. It appears that a strong section of the YSRCP does not like Nani’s wanton aggression. They also do not seem to support his aggressive statements. It appears that Nani, who never leaves any opportunity to defend YS Jagan Mohan Reddy is now left without any defender. Everyone seems to have forsaken him and he appears thoroughly isolated within the party. 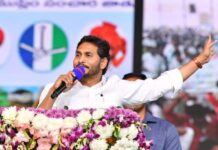