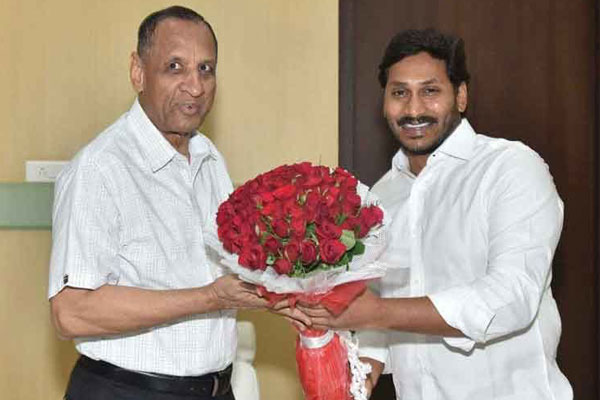 Andhra Pradesh Chief Minister Y.S. Jagan Mohan Reddy on Friday called on Governor E.S.L. Narasimhan here and submitted him a list of 25 ministers to be sworn in on Saturday.

Soon after the governor landed here from Hyderabad, Jagan Reddy met him at a hotel and handed him over a list of ministers to be inducted in the cabinet.

The governor will administer oath to the new ministers at 11.49 a.m. at a ceremony to be held near the state secretariat in Velagapudi in state capital Amaravati, near here.

Earlier, the YSR Congress Party chief told the newly elected legislators of the party that 25 ministers will take oath on Saturday.