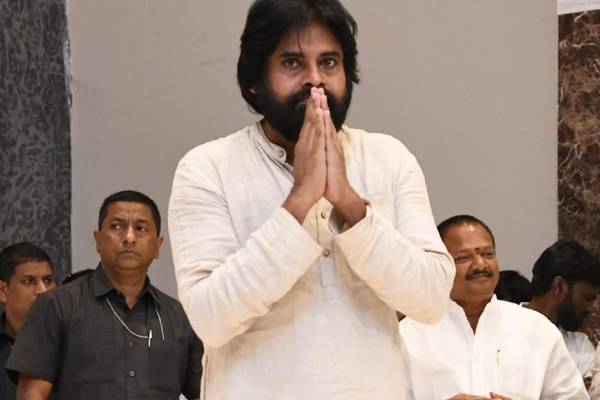 Jana Senani Pawan Kalyan heaped praise on Amaravati Capital City farmers, women and youth for continuing their protests even after 200 days of their agitation. He assured them of his party’s total support for the cause of retaining Amaravati as the only Capital City. The farmers are demanding ‘One Capital One State’ ever since CM Jagan Reddy surprised all Andhras with his 3 Capitals master plan.

Senani asserted that it was a great sacrifice on the part of Amaravati farmers to voluntarily give 34,000 acres for Capital construction. They made this sacrifice for the larger interests of the Capital dream for the people of the entire state. Jana Sena along with other parties would not allow such a big sacrifice to go waste.

Pawan Kalyan said the unilateral decision on shifting Capital was aimed at insulting the sacrifices of the Amaravati farmers as well as the sentiments of all AP people. It may be recalled Jagan Reddy has been facing increasing criticism that he supported Amaravati Capital prior to 2019 election but after coming to power, he reversed his stand and began demolishing Amaravati Capital.

Senani’s belated blessings came as a big boost for Amaravati farmers and agitators. They were already overjoyed over massive support from all over including support from NRIs from over 200 cities across the world.