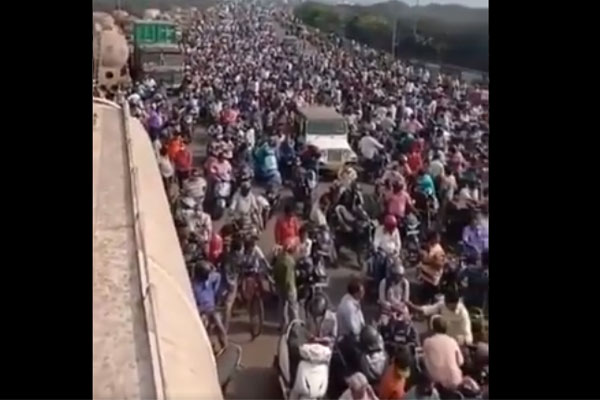 The ruling YCP Ministers and MLAs are taking all steps to wash their hands of the privatisation of Visakha Steel Plant. The YCP leaders are taking part in the ongoing agitation in the port city. The all-party leaders took out a massive rally to the steel plant back gate today. Minister Muthamsetti Srinivas, MP MVV Satyanarayana and YCP MLAs took part. The activists of trade unions like INTUC and AITUC participated in the protest in large numbers.

Despite the rising protests from all sides in Andhra Pradesh, the Modi Government has not given its reaction till now. On their part, BJP leaders like Daggubati Purandeswari have asserted their total opposition to the steel plant privatisation. They have assured to take it up with the Prime Minister and the Union Ministers.

However, the workers’ unions and all the political parties in the State were continuing their protests in different forms. The TDP has said that it is not just enough for the Chief Minister to sit silent after writing a letter to the PM. The Opposition demanded the CM to make a visit to Delhi and meet the Prime Minister to stop the disinvestment of the steel plant.

Some TDP MLAs in North Andhra have announced that they are ready to resign from their posts to take a total plunge into the Vizag Steel agitation.