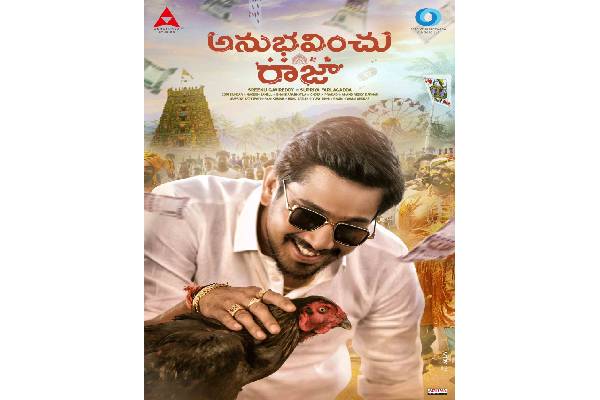 The film, which is set against a village backdrop, is directed by Sreenu Gavireddy.

In the poster, Raj Tarun is seen as a ‘Pandem Rayudu’ (gamester) in a white dress, sporting shades and wearing gold rings and bracelet. The background gives a sneak peak into different artistes, currency notes, poker cards and temples.

Kashish Khan has been roped in as the leading lady for the film.

Produced by Supriya Yarlagadda, ‘Anubhavinchu Raja’ has some popular technicians associating with it. Gopi Sundar renders soundtracks, while Nagesh Banell takes care of cinematography. Bhaskarabhatla is the lyricist while Chota K Prasad is the editor.