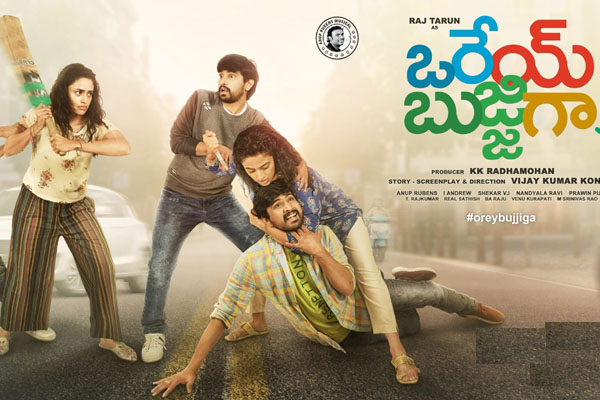 A heap of films are gearing up for a digital release this Friday. Anushka’s upcoming movie Nishabdham and Raj Taru’s Orey Bujjiga are announced for streaming on Amazon Prime and Aha respectively. Aha announced that Orey Bujjiga will stream from October 2nd but the latest news is that the streaming is preponed. The film will be available on the platform from October 1st at 6 PM.

The makers of Orey Bujjiga decided to avoid a clash with Anushka’s Nishabdham and preponed the film’s streaming. Vijay Kumar Konda is the director of Orey Bujjiga and Raj Tarun, Malavika Nair, Hebba Patel played the lead roles. KK Radha Mohan produced the film and the pre-release event of the film took place last evening. The trailer received a decent response and Orey Bujjiga is carrying decent expectations.