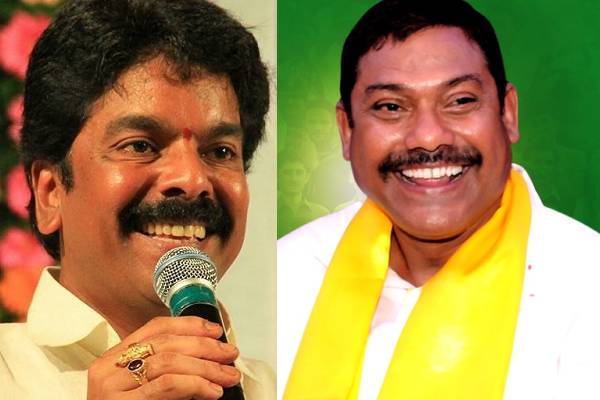 He is an America-returned young gun aspiring for a political position in AP. He is working very hard to inherit his father’s political legacy in Vijayawada. She too is a US-educated girl who is out to carve a niche for herself in Kurnool and Nandyal area. Her father too is a senior politician. Both these young guns are now all set to tie the knot.

Former MLA and TDP biggie Bonda Umamaheswara Rao’s son Bonda Siddharth is all set to marry former seed development corporation chairperson and Allagadda strongman AV Subba Reddy’s daughter Jashwanthi Reddy. Both have studied together in the US and knew each other for quite some time. Both are very active in TDP politics and form part of the young brigade.

Jashwanthi has already begun touring Nandyal assembly constituency and is being assisted by dad AV Subba Reddy. Subba Reddy, who was once a close camp follower and the right hand man of Bhuma Nagireddy, has now fallen out from Bhuma’s daughter and former minister Akhila Priya. Jashwanthi is being projected by the TDP as the party’s MLA candidate from Nandyal. She is now being viewed as a threat by Akhila Priya and the Bhuma family.