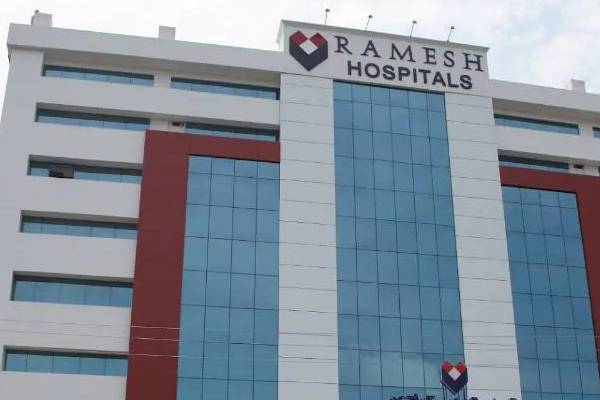 The AP Government has filed cases against the Ramesh Hospitals and the Swarna Palace management for the death of 10 persons in fire mishap at the Covid Centre. Now, the management of Ramesh Hospital came out with a clarification that it has no role to play in the maintenance or management of the hotel building premises. The Hospital management asserted that it was only concerned with providing health services and timely treatment to the infected patients.

The Ramesh Hospital further stated that their own hospital premises was fully converted into Covid centre at the orders of the District Collector. As the bed strength was not enough to meet emerging cases, they gave services at Swarna Palace Covid Centre. This was done with approval of the Government and at the rising demand from the patients. As such, they had nothing to do with the daily management of the centre.

The latest statements gave rise to concerns whether there was any proper coordination between the officials, the hospital and the hotel management. Once health services started at a hotel premises, the entire nature of services would change. Based on the needs of patients, facilities would have to be created and maintained. Questions were now being raised whether there was negligence in storing disinfectant solutions which were being used in considerable quantities in order to keep the entire premises safe. Reports have already come in saying that the disinfectants stored near electrical appliances fanned and caused rapid spread of the flames.

The hospital claimed that several patients had taken treatment at Swarna Palace Centre and got discharged after their infection was cured.

Kodali Nani statements at the behest of Christian CM: RRR

YCP giving all support to BJP but Centre not giving funds

Kodali Nani statements at the behest of Christian CM: RRR

YCP giving all support to BJP but Centre not giving funds