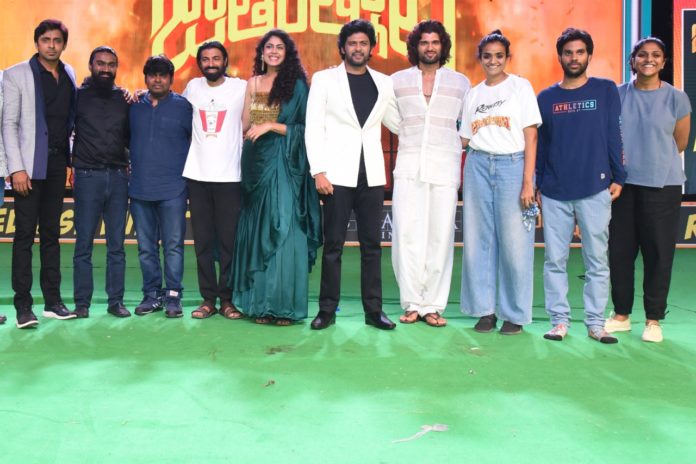 Naveen Polisetty, Priyadarshi and Rahul Ramakrishna played the lead roles in Nag Ashwin’s maiden production Jathi Ratnalu directed by Anudeep KV. The film is all set for a grand release on 11th of this month for Maha Shivaratri. Today, pre-release event is celebrated majestically with thousands came in to watch the event live.

“Vijay and I have been friends for almost 10 years. We started our journey together and I’m happy to see Vijay creating national level hysteria. When we went to the auditions of Life Is Beautiful, Sekhar Kammula said that we looked rich. But, we were not.”

Vijay Deverakonda said, “Naveen and I did theatres together. We had talent, but didn’t have many opportunities. Nag Ashwin had been very supportive since Life Is Beautiful. He cast me for the crucial role in Yevade Subrahmanyam. He played a huge part in my journey.”