Here’s the real shocker. Telangana CM and TRS supremo KCR will not contest from his home turf of Gajwel in the next assembly constituency. If highly placed sources are to be believed, KCR is going to vacate Gajwel and give it to his once-arch rival and present associate Vanteru Pratap Reddy. KCR will contest from some other constituency in 2023.

According to highly placed sources, KCR recently held a meeting in his farmhouse with MLC Yadav Reddy, Pratap Reddy, district collector and some other close confidants. During the course of the meeting, he is said to have said that he would not contest from Gajwel in 2023 and that Pratap Reddy would be the party candidate. He said he would contest from some other constituency.

Pratap Reddy, who originally belonged to the Congress and fought twice (in 2014 and 2018) against KCR. Though he gave a tough fight to KCR, the latter invited him into the TRS and made the chairperson of the Forest Development Corporation. Currently, Reddy is incharge of the constituency on behalf of KCR. Telangana CM is said to have told MLC Yadav Reddy to cooperate with Pratap Reddy and ensure his victory.

Those in the know say that KCR might shift either to Siddipet or Dubbak. Harish Rao, a KCR loyalist, might be asked to shift to another constituency. It is likely that either KCR or Harish could contest from Dubbak to deny a victory to Raghunandan of the BJP.

Gaddar to contest against KCR ? 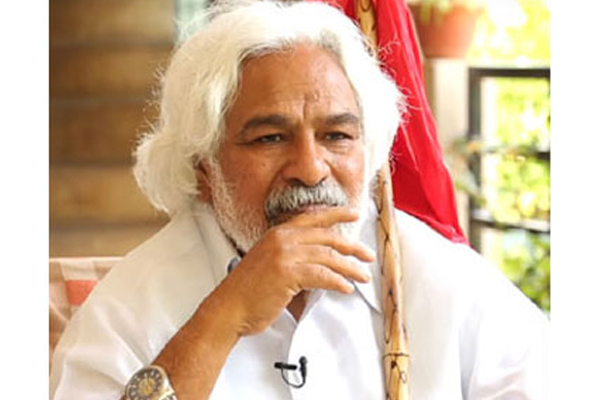 Mass Singer Mr. Gaddar, who opposed election system earlier and did not enroll his name in voters’ list till last month, has announced that he would take part in upcoming Telangana State Assembly elections and said that he desires to contest from Gajwel assembly segment where the Chief Minister K. Chandrasekhar Rao is the candidate from TRS party.

Mr. Gaddar, who met the Chief Electoral Officer of Telangana State Mr. Rajat Kumar on Monday, told media that he was native of Toopran of Medak District which falls under Gajwel constituency and said that he would contest as an independent candidate. “Before submitting nomination to the election commission, I shall visit all party leaders to request them to announce me as a united candidate. If public wants me to contest from any other segment, I am ready,” he said.

He also announced that he would take part in awareness programmes with his songs that motivate public in utilizing their vote in order to protect the constitutional right. “I am willing to participate in awareness programmes and I said the same to the Chief Electoral Officer. Even I don’t know how to utilize my vote as I am first time voter at the age of 70 and the CEO has clarified my doubts,” he said.

Birth of a VIP constituency in Telangana

Gajwel is all set to become an oasis in the wilderness of Telangana. This assembly constituency has acquired the distinction of being first VIP constituency in new state. The qualification for catapulting from a nondescript backward region to most sought after island is that this is represented by none other than K Chandrasekhar Rao, the chief minister of the state, which gained statehood on the plank of backwardness, poverty, suicides and unemployment.

Funds are flowing to the new-born VIP constituency like cheap liquor (sorry, water is a scarce commodity, can’t flow like funds in Telugu states). Officials jostling to work in the constituency, and heads of the department are vying to help the constituency which is set to join the league of Pulivendula, Kuppam and Pileru in Andhra Pradesh and Amethi, Rae Bareli Baramati, Bhatinda,Rohtak,Chhindwara etc.outside of Telugu states.

Interestingly the Telangana so far hasn’t had privilege of having a VIP constituency. Because, the VIP constituency culture began with Chandrababu Naidu, when he contested from Kuppam in 1994 and became chief minister two years later. Earlier CMs never bothered to pamper their constituencies with undue favor and flow of funds, ignoring other parts of the state. Former chief ministers Sanjeeva Reddy, Sanjeevaiah, Kasu, Jalagam, PV Narasimha Rao, Kotla and NTR, are not known to too much skewed in favor their constituencies. The culture of making constituencies their pocket boroughs began with Naidu,  and YSR and Kirankumar Reddy took it to new heights. Now, after the formation of Telangana, it has spread to the new state also.

The pattern is same. KCR, after assuming office as CM, following the foot steps of immediate Telugu predecessors, set up  Gajwel Area Development authority and sanctioned Rs 49.66 to take up works in the constituency under the aegis of GADA. The objectives of GADA among other things, are 1. planning for overall development of the area and convergence of Government Programmes; 2.Undertaking basic infrastructure works/schemes such as,C.C. Roads, C.C.Drains, Water Supply Schemes, Electrification and Street lighting etc.;3. Undertaking innovative livelihood programs for enhancement of productivity and training for employment generation activities linked to skill up gradation; 4.Establishing and promoting suitable industries especially Agro based industries.

A water supply scheme has been sanctioned in April this year with a cost of Rs 59 crore. Another Rs 50 crore was sanctioned for Roads and side drains in December 2014. A multipurpose auditorium is being constructed at a cost of Rs 1.20 crore in Gajwel. At a cost of Rs 25 crore an integrated welfare hostel for boys and girls is being built at Gajwel. A two-unit fire station is being set up in the CM’s constituency. One residential degree college for girls has been sanctioned at Mitrajpalli and one residential school and junior college for girls at Peerpally. In Gajwel town, an integrated office complex is coming up at a cost of Rs 20 cr. A ring road is being laid around Gajwel town. In May 2015, chief minister KCR announced that Gajwel would soon be one of the best cities where people love to come and live.

He announced a slew of facilities for the town: a 1,500-capacity auditorium, a new Shadhi Khana, a veg and non- veg market, squeaky clean streets, drinking water connection to every home, underground drainage, streetlights in all localities, 1+1 housing complex for 2,500 to 3,000 poor families, a green belt, bus bay, Tank-bund. He assured the people that it was only a beginning.

These are only a fraction of the works sanctioned for Gajwel constituency.The ideology behind this is to develop the constituency as pocket borough and ensure reelection even at the time of adverse conditions when their party might lose power. Doesn’t it amount to bribing the voters with developmental works to ensure win in future elections at the cost of other backward constituencies that are crying for attention?