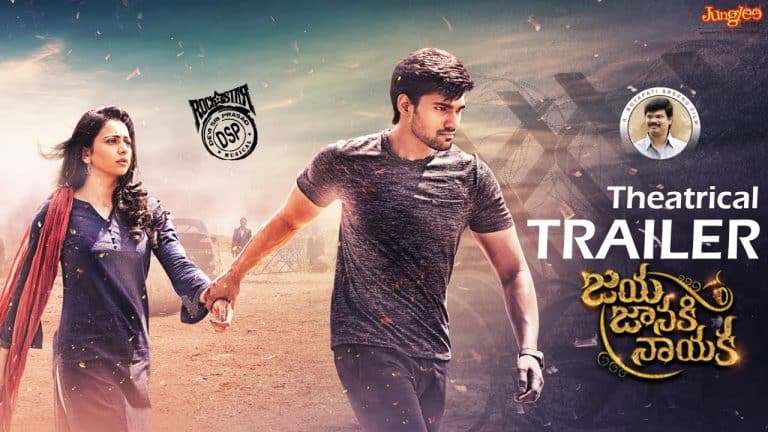 Gravity defying fights, family feuds, challenging dialogues and powerful backstory are some of the trademark elements that are common in all Boyapati Srinu’s films. His upcoming film ‘Jaya Janaki Nayaka’ also seems to be a package of all these commercial elements.

The theatrical trailer was unveiled last night during the audio launch event and it glimpses what’s in store for audience after the film’s release.

The one minute forty second trailer is packed with typical Boyapati commercial ingredients. The trailer starts with the introduction of the love angle between Bellamkonda Srinivas and Rakul Preet Singh. Then we slip into the action part of the film where the hero is seen fighting for his lady and mouthing a couple of powerful dialogues.

Going by the trailer, Jagapathi Babu and Sarath Kumar are playing crucial roles and another lead actress Catherine Tresa will add the much needed oomph factor to the film. On the whole, the trailer hints that Boyapati is once again banking on his favourite template.