Manchu Lakshmi Opted To Be Wife of Ram 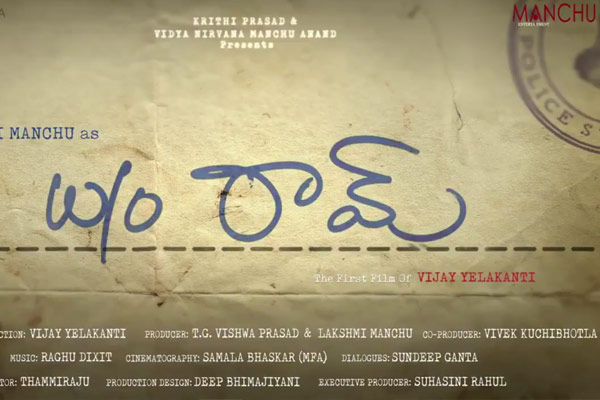 Lakshmi Manchu’s next titled as WifeOfRam

Manchu Lakshmi is one of the few actress in Telugu film industry who is desperate to come up with new kind of cinema which have unique subjects before audiences. She takes a step further and never hesitates to produce a movie if she falls heads over heels for interesting scripts and she did it time to time shelling her own money into films.

Continuing her love for cinema Manchu Lakshmi is coming before movie buffs this summer with one more exciting film in which she is playing main lead along with producing the project. On the occasion of Sankranthi, she has announced the title of the film as “Wife Of Ram” with a promising mini teaser. Vijay Yelakanti is making his debut as a director and Raghu Dixit is composing music for this gritty thriller film. Samrat Reddy, Srikanth Iyer, and Aadarsh Balakrishna are playing pivotal roles in Wife Of Ram. Keep watching the space for more updates.