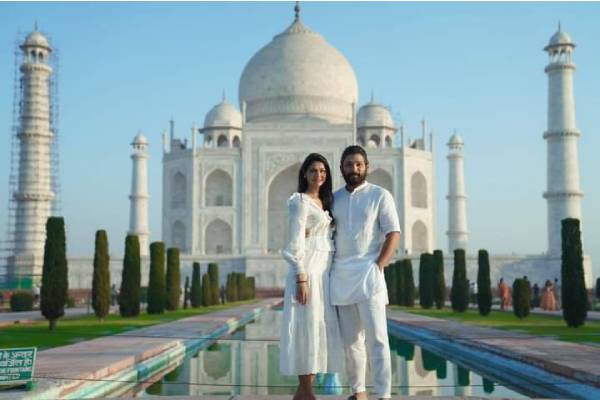 Telugu star Allu Arjun and wife Sneha Reddy celebrated their 10th marriage anniversary at Taj Mahal. Arjun uploaded pictures from their trip on Saturday, and wished his wife on their anniversary.

“Happy 10th Anniversary to us Cutie. What a wonderful journey of ten years … and many more to come,” he captioned the pictures.

Arjun and Sneha got married in a traditional Hindu ceremony on March 6, 2011, in Hyderabad. They have two children — son Allu Ayaan and daughter Allu Arha.

After ringing the wedding anniversary celebrations at Taj Mahal, the couple has left for a romantic getaway in snow-clad Dehradun.

Allu Arjun will next be seen in cinemas with the big-ticket film “Pushpa”, directed by Sukumar.