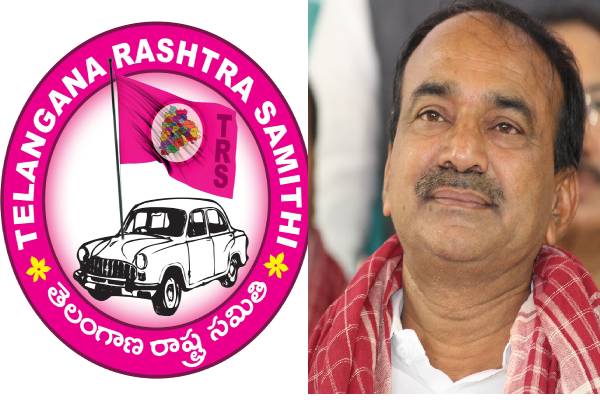 In a big embarrassment to former health minister Etela Rajender who announced resignation to TRS party and MLA post on Friday, the TRS has exposed the ‘dual standards’ of Etela Rajender on KCR’s pet scheme Rythu Bandhu.

While addressing a press conference to announce his resignation on Friday Etela Rajender claimed that he had opposed giving Rythu Bandhu to ‘rich farmers’ who pay income tax and who roam in Benz cars but KCR did not agree.

To counter Rajender’s claims, TRS exposed how Etela, his wife Jamuna and his son Nitin Reddy were claiming Rythu Bandu since the scheme was launched by KCR in 2018.

Though Etela and his family pay income tax, own big poultry industries, own huge assets in the form of lands and Etela himself being MLA since 2004 and minister since 2014, entire family is claiming Rythu Bandu.

The Telangana government has credited Rs 10.24 lakh Rythu Bandhu to Etela family which owns 65 acres in Devaramyal on Hyderabad city outskirts in the last three years. Though Etela family is not doing agriculture in these lands and running poultry industries and commercial godowns, they are claiming Rythu Bandhu meant for agriculture investment support.

On the other hand, several TRS leaders including KCR and several rich farmers have voluntarily foregone Rythu Bandhu under “give it up” option given by Telangana government.

But Etela and his family claimed Rythu Bandhu proving that preachings are meant only for others but not for those who preach.

The TRS released account details of Etela family to prove how much Rythu Bandhu amount was credited in their accounts questioning if Etela was really concerned and sincere about Rythu Bandhu should reach only poor farmers, why did he avail it all these years.