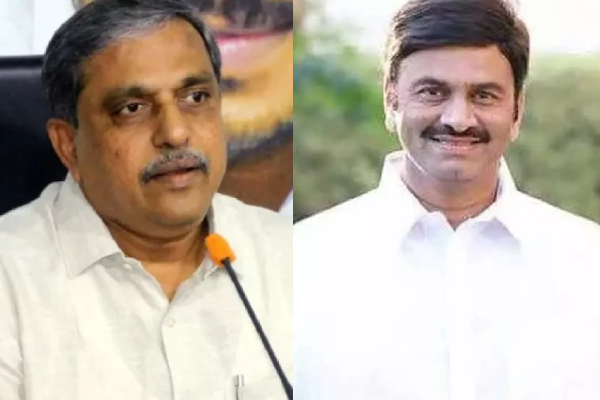 Who is the super minister of Andhra Pradesh? Who talks about every ministry in YS Jagan government? Who virtual super boss? Who doubles up for YS Jagan when the latter relaxes in his Tadepalli mansion? Who talks to all departments and who controls the party?

According to renegade YSRCP MP Raghuramakrishnam Raju, Sajjala Ramakrishna Reddy is the super boss of the YSRCP. He says that one has to approach Sajjala to get any work in any department done in AP. As the government advisor, has emerged as the real power centre without any responsibility. He is neither an MLA nor a minister, but he is making every department dance to his tunes, says Raghurama.

Sajjala is said to have discussed the coal and power situation in the state with the Coal India chairperson. At the same time, he is holding discussions with the government employees, who are on warpath over non-payment of salaries. Raghurama decried Sajjala’s power without any responsibility and said this would harm the state.

Sajjala, a political dark horse, is today the most important individual in AP after YS Jagan Mohan Reddy. He managed to pip past both Vijay Sai Reddy and YV Subba Reddy to emerge as the key advisor to YS Jagan. Meanwhile, there is a buzz in Tadepalli that Sajjala Ramakrishna Reddy could soon be inducted into YS Jagan’s cabinet.