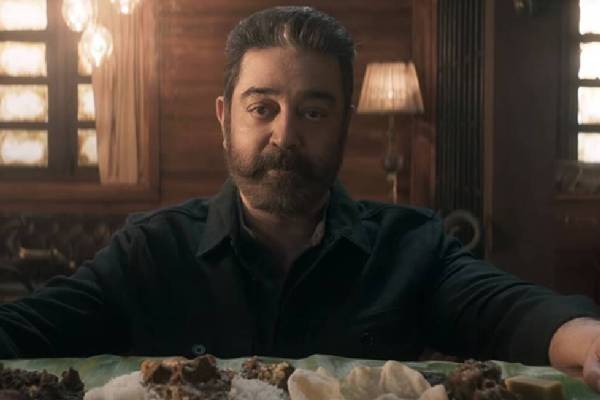 Padmashri Kamal Haasan is done with the shoot of his next film Vikram. Lokesh Kanagaraj directed this action thriller and the film’s release date will be announced soon. The makers sold off the non-theatrical rights of Vikram for whopping prices. The Hindi dubbing rights of the film fetched Rs 37 crores which is a record for a South Indian film. Goldmines Telefilms paid such a whopping price for the Hindi rights.

The satellite and digital rights of the film are sold for various parties and the makers are said to have pocketed Rs 112 crores through the deals. This is a record for a Kamal Haasan’s film. Vikram features Kamal Haasan, Vijay Sethupathi and Fahadh Faasil in the lead roles. Kamal’s home banner Raaj Kamal Films produced the film.