‘Oopiri’ earned me respect as a filmmaker: Vamsi Paidipally 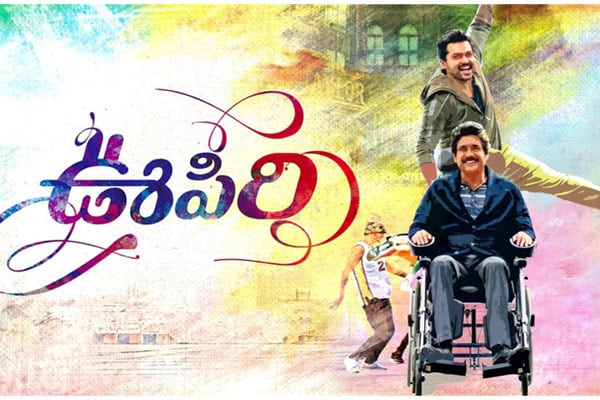 Filmmaker Vamsi Paidipally says his critically-acclaimed bilingual drama “Oopiri”, which won him his first Filmfare Award, earned him lot of respect and helped him find his inner happiness.

At the 64th Filmfare Awards southern edition last week, Vamsi was awarded the Best Director and he said the honour made him feel “special”.

“Even though I have been nominated for Filmfare in the past, winning it for ‘Oopiri’, a film that’s very close to my heart, made this award very special. It’s a good feeling to bring a lady (Filmfare statute) home,” Paidipally told IANS.

“I grew up watching Filmfare Awards, and I still remember standing in long queue to buy passes to attend. Today, it feels nice to have won the coveted award and I will cherish this honour for a long time,” he said.

“Oopiri”, about the relationship between a quadriplegic millionaire and his caretaker, starred Akkineni Nagarjuna and Karthi in the lead.

Talking about the impact of the film on his life, Paidipally said: “It changed me as a filmmaker and made me more responsible. It earned me immense respect from various quarters. Some of the messages and calls I received post the film’s release made me very emotional.”

He added that the reception to the film made him realise the impact of cinema on our lives.

“The way I see life has changed. A lot of people struggle to find their inner happiness, despite being successful. ‘Oopiri’ helped me discover my inner happiness,” he said.

The film, which was released in Tamil as “Thozha”, also starred Tamannaah Bhatia and Shriya Saran.

On the career front, Vamsi teams up next with Mahesh Babu for a yet-untitled Telugu film.