Switch to: తెలుగు
Home Politics “Let’s give Warangal to Sonia as T-gift” 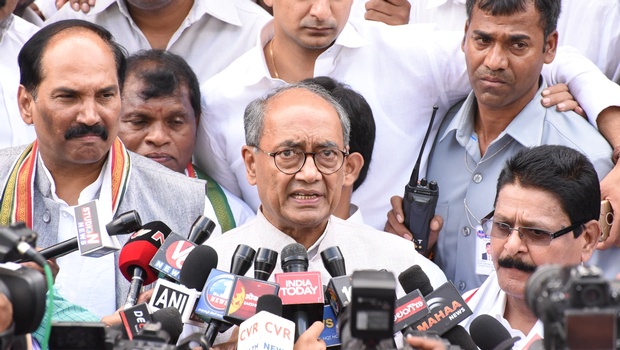 Former union minister Sarve Satyanarayana assured the  party leadership that he would give the  Warangal Lok Sabha seat to party president as gift from Telangana if  he was given the ticket for the byelection.

He gave this assurance in  a meeting party  state in-charge general secretary Digvijay Singh held with Congress  leaders on the  poll-strategy for the Warangal Lok Sabha byelection on Thursday.

The industrialist -leader and  son of G Venkataswamy turned down the offer of party ticket for Warantal. Now the two leaders, Sarve Satyanarayan and from local MP Sircilla Rajaiah, are lobbying for the party nomination. Many  senior leaders went to Vivek’s house and tried to convince him to contest the election as the Congress candidate. Vivek, who is maintaining cordial relations with chief minister KCR, is not prepared to take on the ruling party. Party sources said he had shown disinterest in the election.

In the meeting, talking about his winning chances, Sarve said, ” I am ready  for the contest. If party feels  there is somebody who is better than me, I am ready to accept. But, don’t experiment with new ideas.”

He said the seat should be given to Madigas alone and fielding Mala candidate was a clear  loss of the seat.  ” Vivek left Congress to join TRS and he will not hesitate to go to TRS again. He is not the right candidate,” Sarve said. Both Sarve and Rajaiah are Madigas. As the seat was held by  a Madiga (Sircilla Rajaiah), Sarve and Rajaiah want the practice go on.

The AICC is expected to announce the name of the candidate in a day or two after Digvijay Singh submitted his report to party president on Friday.

Meanwhile, on the second day of nominations on Thursday, a nomination was filed by B Sammaiah , a Congress leader, even though the party is yet to announce the candidate. Sixty nine year-old Sammaiah, who is a madiga by community, filed three sets of papers. He was elected MLA from Parkal assembly constituency in 1978 and 1983 on Congress ticket and was a  minister for some time. Prof Gali Vinod Kumar is expected to file nomination on November 2 on as the candidate of all Left parties. The last day for filing nominations is November 4. The scrutiny will be done on November 5, and the last day of withdrawal of nominations is November 7. The elections will be held on November 21 and the counting will take place on November 24.