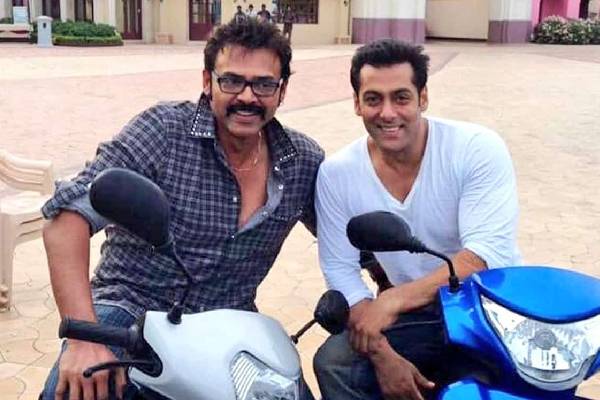 Bollywood Superstar Salman Khan has signed Kabhi Eid Kabhi Diwali which was announced some time ago. The project started rolling in Vile Parle this afternoon in a special set of a metro train. Tollywood actor Victory Venkatesh will be seen essaying a crucial role in this film and he will join the sets at a later date. Farhad Samji is the director and Pooja Hegde is paired up beside Salman Khan in the film.Salman will be filming for an action episode in the current schedule of Kabhi Eid Kabhi Diwali.

The film’s producer Sajid Nadiadwala penned the script of this action entertainer and Kabhi Eid Kabhi Diwali is announced for December 30th, 2022 release. Salman will shoot for this schedule for ten days before he will fly to Dubai for IIFA Awards event. Venkatesh is expected to join the sets of Kabhi Eid Kabhi Diwali from the first week of June in the second schedule in Mehboob Studios. Salman Khan and Katrina Kaif will also resume the shoot of Tiger 3 soon.