Switch to: తెలుగు
Home Movies Movie News Suriya and Karthi coming together for the first time 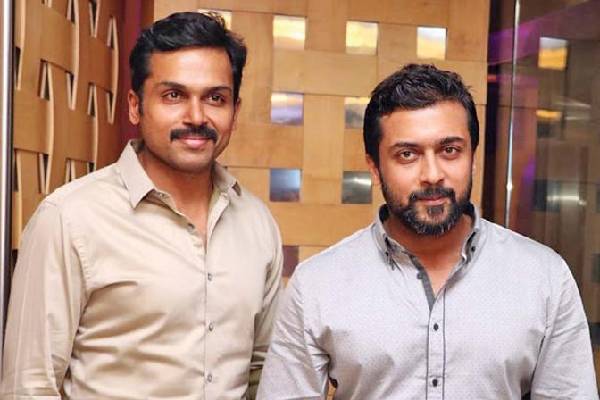 Tamil actors Suriya and Karthi share a great bonding and they are quite busy with their respective films. The duo has been keen to work together and they are waiting for the right script. After the super success of Khaidi, Karthi announced Khaidi 2 and the film will be helmed by Lokesh Kanagaraj. The shooting starts after the release of Kamal Haasan’s Vikram which is directed by Lokesh Kanagaraj. The final script is locked and the latest news is that Suriya is roped in to play a crucial role in the sequel.

This will be a great news for Suriya and Karthi’s fans. Suriya heard the script recently and he gave his final nod. The schedules are planned currently and an official announcement will be made soon. Dream Warrior Pictures are the producers of this intense action thriller. Both Suriya and Karthi are shooting for back-to-back films.