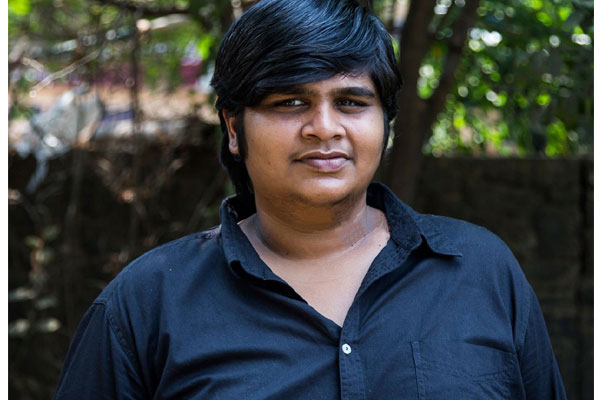 Karthik Subbaraj, director of Tamil film “Petta”, was confident that Hindi film actor Nawazuddin Siddiqui could pull off a South Indian character in the Rajinikanth-starrer.

A Rajinikanth fan, Subbaraj also loves Nawazuddin’s body of work and versatility. “Petta” will release in Tamil on Thursday, and its Hindi dubbed version will hit the screens a day later.

The director’s face lit up when asked about Nawazuddin.

“I am a big fan of his. According to me, he looks South Indian. I was confident he could pull off a South Indian character,” Subbaraj said.

Excerpts from the interview:

Just hours away from release… Are you nervous?

Yeah, now that it’s finally happening, I am nervous and anxious. It’s very mixed feelings. But for me the most important thing right now is to go watch the film with the audience. I’ve to join Rajini sir’s fans in th theatres because I will be watching ‘Petta’ not as a filmmaker, but a fan.

Will you be watching it first day first show?

I watch all his films the first day. Now I will be watching my own film with Rajini sir. It’s unbelievable. I will be watching it the entire day on Thursday (on release). I’ve watched it a hundred times during editing. Now I want to see what the reaction would be to specific shots and dialogues. I just want to see the audiences’ reaction. This is the moment I’ve been waiting for. For me, this is like a dream come true… When I started making films, my first wish was to show them to Rajini sir. By God’s grace, I’ve been able to go far beyond my dream.

Has he seen your previous films?

Yes, he saw my first film “Pizza” and called me to say he liked it. Then he saw “Jigarthanda”. After that, we met. When he expressed his appreciation for my work, I gained the confidence to be able to make a film with him. Three years back, I pitched the script for ‘Petta’ to him. He liked the script. And he said he will work in my film. But we didn’t agree on a time frame.

What did you think of Rajinikanth as an actor?

Dedicated, inspiring, exceptional and so sincere. His self discipline is motivational. He prepares for every scene. If it’s an important scene, he begins to make inquiries from a day before. He is so involved. It’s amazing.

Has he done his own action scenes?

Yes, he has done all the stunts. And he has some very elaborate dancing to do. You have to see his energy level. I felt he was younger than me. “Petta” is a proper masala entertainer, the kind Rajini sir’s fans enjoy the most. There’s no politics in this film at all. This time he is only an entertainer.

You have two established heroines — Trisha and Simran — in “Petta”. Do they have enough to do?

They have well-established characters to play. But “Petta” is obviously not about them. It is Rajini sir’s film. But the heroines are no props. They move the story forward. Also, I wanted the heroines to look well matched with Rajini sir.

(lights up) I am a big fan of his. According to me, he looks South Indian. I was confident he could pull off a South Indian character. He was worried about the Tamil lines. He put in a lot of effort to say his Tamil lines with feeling. But he hasn’t dubbed his own lines in the Tamil version. But you can see in his performance that he understands his lines.