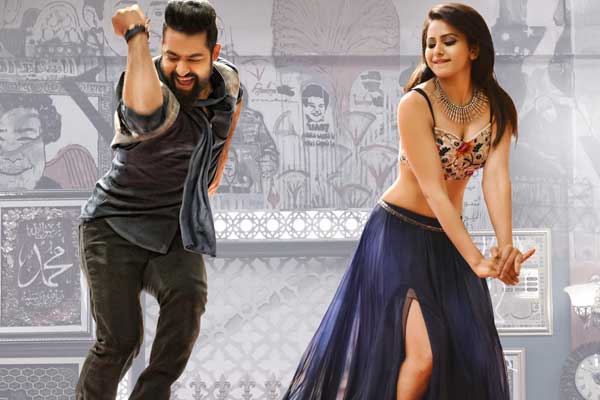 Young Tiger NTR’s eagerly awaited film Nannaku Prematho released on January 13th amidst huge expectations. The emotional family drama backed by a commendable performance from NTR and Jagapathi Babu has been registering staggering numbers in all areas and especially they are super strong in Overseas. Despite the mixed talk and average reviews, the film has been faring exceedingly well in Overseas.

According to the latest trade reports, the film has notched up “One million dollars”  in USA ($985,500 Tracked by Friday – yet couple of centers to report). Trade pundits predict that the film will surpass the $1.5 Million mark soon. If this movie  collects above $250K  on Saturday (01/16), in USA, then it will do anywhere between $1.6M to $1.8M in full run. Converted to rupees, USA alone expected gross is 11-12 Crore for Nannaku Prematho.

Other than USA, in other countries too, Nannaku Prematho is doing well. This is  biggest hit in NTR’s career in overseas. In both the Telugu states too, the film is having a decent run with respectable numbers in all areas.

The Sukumar directional has Rakul Preet Singh playing the female lead. BVSN Prasad is the producer and Devi Sri Prasad composed the tunes.