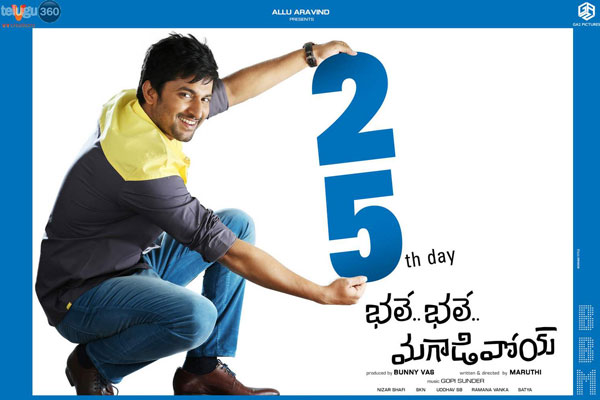 Talented actor Nani is on cloud nine due to the super hit talk for his latest comedy caper ‘Bhale Bhale Magadivoi’. After releasing last Friday, the film has been registering terrific collections in all areas of its release. The overseas collections are quite phenomenal and they are likely to touch the 1 Million mark by tomorrow.

As per the latest trade reports, the film has notched up a share of 2.65 Crores in Nizam alone at the end of 4 days. It is believed that the steady run will continue through out this week. The collections in other areas are also very strong and ‘Telugu360’ will post more updates on the collections of remaining areas as well.

Directed by Maruthi, the film has Lavanya Tripathi as the female lead. UV Creations banner and Geetha Arts 2 have bankrolled the film. Gopi Sundar is the music composer.