TDP chief Chandrababu Naidu is attacking CM Jagan Reddy left, right and centre. The other day, he criticised conversions. Today, Naidu is using the Sankranti Bhogi festival to corner the CM. Early in the morning itself, Naidu went to Paritala village in Krishna district and led his party leaders to burn the Jagan Reddy GOs in the Bhogi bonfires.

At the call of Naidu, the TDP cadres and leaders burnt GOs on meters on farm pumpsets and others in the Bhogi fires all over the State. Naidu said that the meters should be fixed not on farmers’ pumpsets but at the offices of the YCP Ministers and MLAs all over the State.

Then, it would become clear how much and at what level they were looting the State through the sand, liquor, mining, bettings, house sites and other mafia.
Mr. Naidu further said that the farmers were not happy anywhere in the State.

The farm coolies were badly hit and had no work for their livelihoods. There was no compensation though the farmers had suffered losses in over seven successive natural calamities including the Nivar cyclone. With utter lies and falsehoods, the ruling party had ditched the construction workers who committed suicides due to lack of work opportunities on account of lack of sand and construction activity.

Mr. Naidu deplored that the CM betrayed the innocent voters by giving them kisses at the time of elections and now started giving blows to one and all. 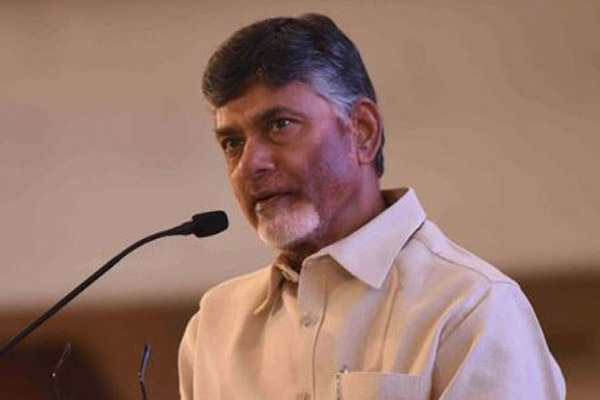 Hyderabad: TDP supremo and Andhra Pradesh chief minister N Cahndrababu Naidu is working on his dream team to fulfill the vision of the TDP government for the next term. Towards this, I am very choosy on forming ‘Efficient Squad 2019-24’ and only public opinion will be considered for this, clarified Naidu.

“TDP party will recognise and reward those who work sincerely for the party. We’ll accommodate all the leaders and party workers, who working loyally for long. Particularly those who don’t get party tickets in Assembly and Lok Sabha elections, will get nominated posts,” assured Naidu.

The chief minister further criticised YSRCP for carrying out fake surveys and abstracting others from conducting genuine surveys on the ground level.

Commenting on the recent defections, Naidu said that YSRCP was threatening some TDP leaders. “Our leaders with assets in Hyderabad are under tremendous pressure as YSRCP is resorting to blackmailing politics,” said Naidu.

TDP has set up a strategic committee as advised by its politburo. Ministers Yanamala Ramakrishnudu, Nakka Anand Babu, Achemnnaidu, Devineni Uma, etc, took part in the strategic committee meetings. The meeting will strategise on how to respond to opposition party’s criticism.

Naidu is also spending more time for party affairs to strengthen the party from the ground level to retain the power in the forthcoming elections.