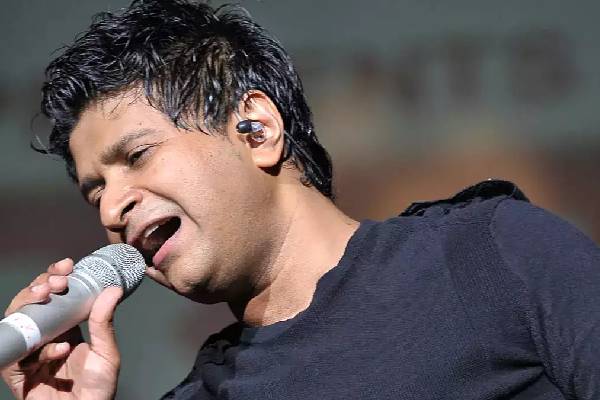 Telugu megastar Chiranjeevi took to social media to express his shock at KK’s untimely death in Kolkata on Tuesday. The actor also revealed that the late singer crooned his most famous song from ‘Indra’, ‘Dayi Dayi Damma’, picturised on Sonali Bendre and him.

“Heartbroken at the shocking demise of KK. Gone too soon! A fabulous singer and a great soul” Chiranjeevi wrote, noting: “He sang ‘Daayi Daayi Damma’ from ‘Indra’ for me.” He added: “My heartfelt condolences to his family & near and dear ones. May his soul rest in peace! #RIPKK.”

KK sang multiple songs in Telugu, among which ‘Uppenantha E Premaku’ from Allu Arjun’s ‘Arya-2’, ‘Cheliya Cheliya’ from Venkatesh Daggubati’s ‘Gharshana’ and ‘My Heart is Beating’ from Pawan Kalyan’s ‘Jalsa’ are some of the memorable ones.

Music director Harris Jayraj, who shared a special rapport with KK, took to Twitter to express his shock over the demise of the ‘Uyirin Uyire’ singer.

“My ‘Uyirin Uyire’ passed away. RIP Singer KK. What shocking news to hear when the whole world is praising his last song ‘Konji Konji’. I am completely shattered and my condolences to his family and friends,” Jayraj tweeted. 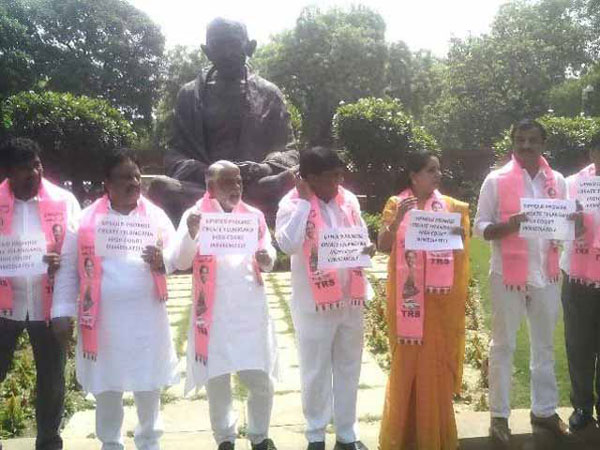 On third day of Parliament today  the members of Telangana Rashtra Samiti staged dharna in Parliament demanding the setting up of separate High Court for the state of Telangana. Party MPs from both the Houses, under the leadership of party secretary general and Rajya Sabha MP K Keshavarao, staged dharna near Gandhi Statue displaying placards. Talking to Telugu 360.com from New Delhi Keshava Rao said they would not relent their demand till a separate High Court was set up for Telangana.

“This is a legitimate demand from people of Telangana. When a new state has been created, a separate High Court should not be denied or delayed. And it is incorporated in Andhra Pradesh Reorganization Act also. Unless the you have some motive,  in delaying the bifurcation of the splitting of High Court, I don’t see any reason. The suspicion that Delhi Naidu and Hyderabad Naidu are coming in the way of division is gaining ground because of this inordinate delay,” Rao said.