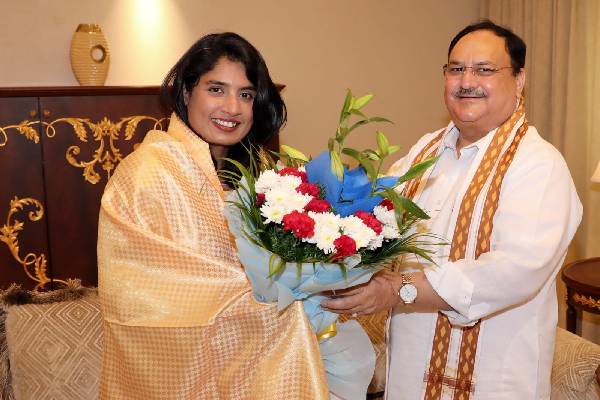 BJP national president J.P. Nadda on Saturday called on former cricketer Mithali Raj here, in what is seen as another attempt by the saffron party to woo celebrities to its fold.

The meeting took place soon after Nadda landed in the city.

He later left for Hanamkonda to address a public meeting to mark the culmination of Praja Sangrama Yatra of BJP state president Bandi Sanjay Kumar.

After the meeting, Nadda tweeted that he had a great interaction with Mithali Raj. He wrote that it was humbling to note her appreciation about the fillip that the sportspersons are getting under the leadership of Prime Minister Narendra Modi.

The BJP president said she hailed the instrumental personal support and guidance provided by the Prime Minister.

Mithali Raj, one of Indian cricket’s all-time greats, retired from international cricket in June this year. Born in Rajasthan, she lives in Hyderabad.

Mithali Raj also took to Twitter to thank Nadda for the meeting. “It was an absolute pleasure to have an interaction with you,” she wrote adding that under the guidance, support and motivation given by the Prime Minister, sportspersons across the country have achieved glory for our nation.

While the BJP leadership was tight-lipped about the purpose of the meeting, it came amid the attempts by the BJP to woo celebrities to its fold in both Telangana and Andhra Pradesh.

Nadda is likely to meet Tollywood actor Nitin on Saturday evening at the same hotel after his return from Hanamkonda.

Shah had called on Junior NTR on August 21 after addressing a public meeting in Munugode Assembly constituency, which fell vacant after the resignation of Komatireddy Rajagopal Reddy. The Congress leader joined the BJP at the public meeting.

Though BJP leaders claimed that politics was not discussed during Shah’s meeting with NTR, it’s no secret that the saffron party is in search of some charismatic faces to woo the electorate and consolidate its base in the two Telugu states, especially in Telangana where Assembly elections are due next year.

Taapsee hails cricket star Mithali Raj on her retirement: ‘You changed the game’ 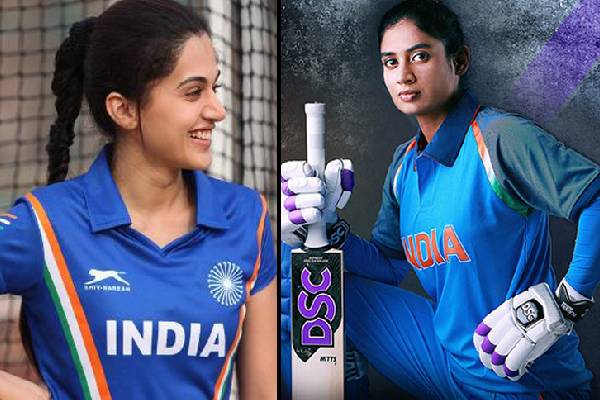 As veteran India batter Mithali Raj announced her retirement from cricket, actress Taapsee Pannu, who is all set to play the renowned cricketer in the upcoming film ‘Shabaash Mithu’, has penned a heartwarming note.

In another post, the actress added: “-The only Indian cricketer to score 7 consecutive 50s in ODI. -23 years from hustle to glory. Some personalities and their achievements are gender agnostic. You changed the game, now it’s our turn to to change the perspective! Etched in history OUR CAPTAIN forever @M_Raj03.”

‘Shabaash Mithu’ is set land in theatres on July 15. The film, directed by Srijit Mukherji and written by Priya Aven, is based on the life of Mithali Dorai Raj, the celebrated skipper of the Indian women’s cricket team.

In a career spanning 23 years, Mithali boasts of 7 consecutive 50s in ODIs and has led India in 4 World Cups. The story tracks her journey from being an 8-year-old girl with a dream to becoming a cricketing legend. 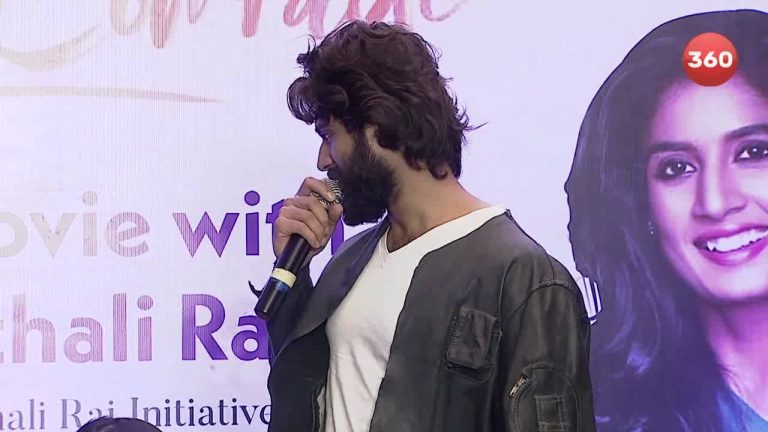 Mithali Raj’s autobiography to be out soon 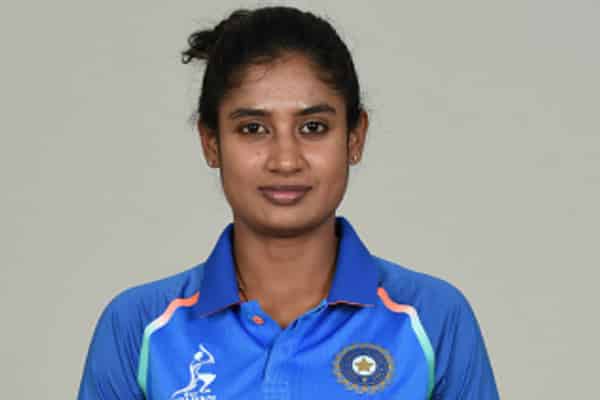 Those who have admired Mithali Raj’s skills on the 22-yard strip will now get a chance to take a closer look into the cricketer’s life as her autobiography will soon be released.

Published by Penguin Random House India, the book, scheduled to be released next year, will provide a candid and revealing look into her personal and sporting life. Not only will it be a treat to cherish for her cricketing fans, but it will also be a captivating story of how an ordinary girl went on to inspire real change and made the world sit up and take notice.

“I am thrilled to be a part of the Penguin Random House family and excited to share my story through them. I hope people come to like it through this book,” Mithali Raj said after the announcement.

Radhika Marwah, Associate Commissioning Editor, Penguin Random House India, in a statement said that Mithali Raj “is a remarkable role model and is testament to the virtues of perseverance and hard work”.

“She is hugely admired the world over for her talent, grit and leadership on the field and most strikingly remains a very grounded and introspective person. I’m delighted to be working with her and we, at Penguin Random House India, are very proud that she has chosen us to bring her story to the world.”

Mithali is the highest run getter in the world with 6,190 ODI runs. The Arjuna award winner, at 19, emerged as one of India’s most capable batsmen with a staggering 214 against England in the second and final Test at Taunton.

She is the first captain to lead India to an ICC ODI World Cup final twice in 2005 and 2017. She was honoured with the Padma Shri, India’s fourth highest civilian award, in 2015 for her contribution to cricket. 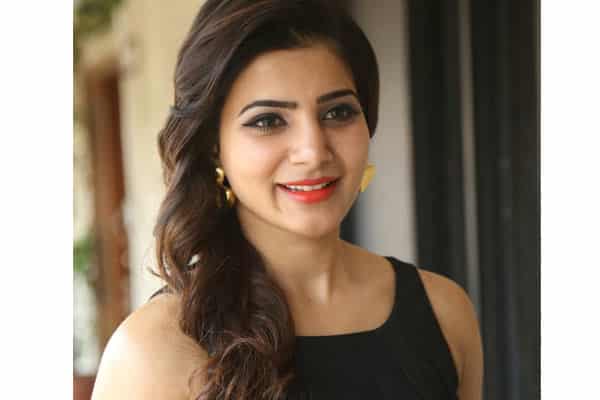 Biopics are all the rage in Indian film industry. In the last one year, audience have already witnessed many inspiring stories of icons turning into biopics. Now, a biopic on India’s lady cricketer Mithali Raj is in the offing. Recently, Viacom 18 has announced that the life of Mithali Raj, the highest run getter in women’s cricket, will be narrated through a biopic.

According to the latest buzz in south Indian film circles, star heroine Samantha is in talks to play the titular role in this biopic which is hoped to inspire many young girls in India. It is learnt that Viacom 18 is planning to produce the biopic in several languages and they are currently on the lookout for actresses who can fit the bill perfectly.

Sources say that Samantha might play the lead role in South version. However there is no official confirmation on whether Samantha has given the nod or not. Busy with multiple projects at present, the Manam actress is soon going to marry Naga Chaitanaya.