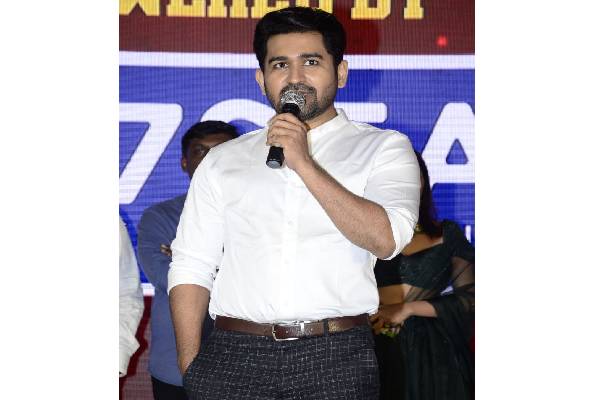 Vijay Antony has said his upcoming movie Vijaya Raghavan, which will hit the screens on September 17, will become a super hit.

He said, “After Killer, I was not able to release any film because of the pandemic. I am happy to meet Telugu audience with Vijaya Raghavan. It has been directed by talented filmmaker Ananda Krishnan who had earlier made a well-appreciated movie Metro.”

Vijay Antony said while his earlier film Bichagadu was about a son’s love for his mother, Vijaya Raghavan is about how a son fulfils his mother’s wish.

He went on to add: “I thank producers Raja garu, Kamal garu, Pradeep garu and Dhananjay garu for doing this film on lavish budget with commercial elements. I thank Ravichandra Reddy and Siva Reddy for releasing the film in Telugu. As an editor, I have watched the film many times and I am sure it will not disappoint anyone.”

Vijay Antony, who himself is a music director before becoming actor, said, music composer Nivas Prasanna has done a great job and he would like to continue to work with him in many films.