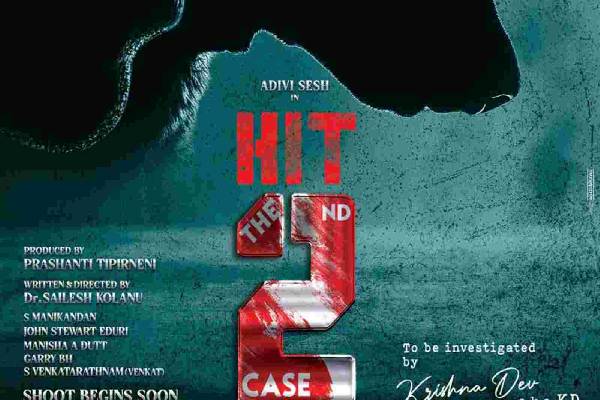 Adivi Sesh emerged as one of the most bankable actors of Telugu cinema after scoring a series of hits. Sesh is completely focused on Major and the film completed the shooting portions recently. Sesh flew to the USA to spend time with his family and returned back to work recently. He signed HIT 2 in the direction of Sailesh Kolanu and it is a crime investigative thriller. The shoot of the film commenced recently and is progressing in Vizag. A special set is constructed in Vizag for the film’s shoot.

Meenakshi Chaudhary is the leading lady and Bhanu Chandar will reprise his role from the original. A month-long schedule is currently happening in Vizag. Nani and Prashanti Tipirneni are jointly producing the sequel on Wall Poster Cinema banner. The film will release next year. Adivi Sesh will join the sets of Goodachari 2 after he is done with the shoot of HIT 2.