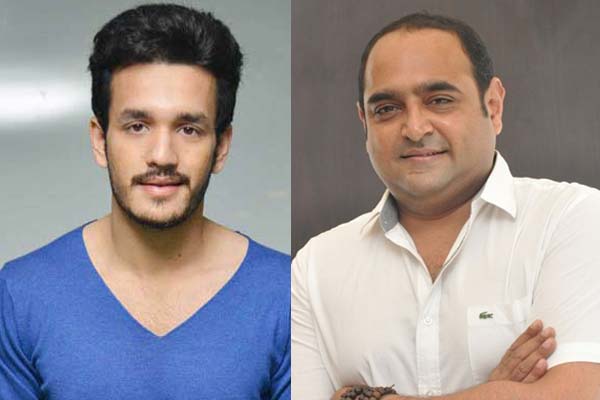 Akhil Akkineni made a destructive debut with Akhil and the movie bombed badly at the box-office failing to live up the expectations. VV Vinayak directed the film and Akhil’s performance in the movie has been well applauded. Now the actor has been quite focussed on his second movie and he is said to have rejected several scripts. Hanu Raghavapudi has been brought on to the board and Akhil even confirmed the news through his official twitter about his second film. Things changed eventually and Akhil walked out of the film and Nithiin has been brought on to the board.

Though the exact reason has been unknown, the latest news reveal that Vikram Kumar who directed a classic called Manam for Akkineni family is in talks with Nag for the film. The movie is said to be a romantic drama with enough dose of action. Nagarjuna and Akhil will listen to the final draft and the film is said to start rolling from Dasara this year.

Akhil has been showcased in a cameo in Manam which received wide applause. Annapurna Studios is said to produce the film if things fall as planned in place.