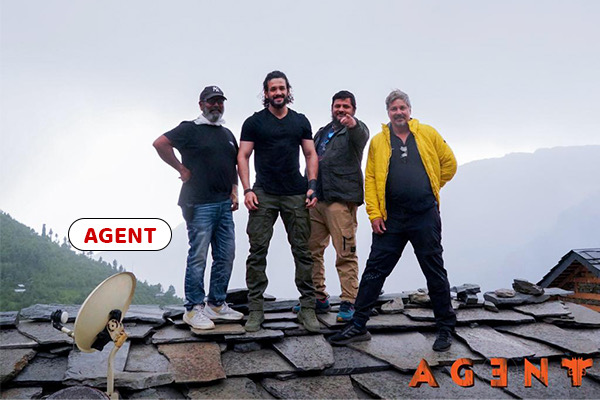 Akhil Akkineni and Surender Reddy’s Agent is one of the most-awaited films in Tollywood. The team is in Manali shooting for the high-octane action sequences.

Vijay Master is choreographing stunts in this schedule participated by Akhil and other prominent cast.

A working still has been released in which we can see Akhil, Surender Reddy, Rasool Ellore, and Vijay Master.

AK Entertainments and Surender 2 Cinema are jointly producing the film.