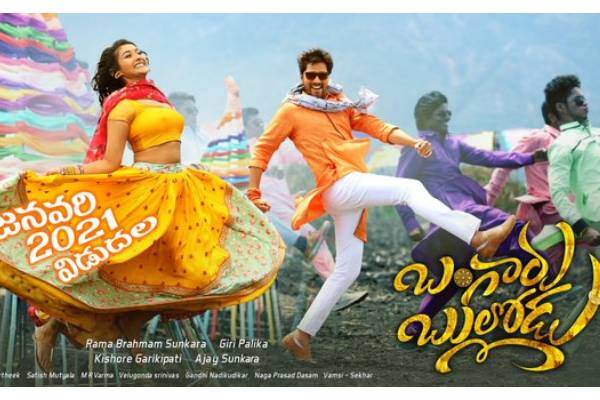 Comic actor Allari Naresh hasn’t tasted success in the recent years. His performance in Mahesh Babu’s Maharshi received a decent response. The actor completed the shoot of Bangaru Bullodu long ago and the release was pending for some time. The makers of the film announced that Bangaru Bullodu will hit the screens for Sankranthi 2021. Giri directed this entertainer and Pooja Jhaveri is the leading lady. Anil Sunkara produced Bangaru Bullodu on AK Entertainments banner.

Allari Naresh also completed the shoot of Naandhi which will release soon. Ravi Teja’s Krack, Ram’s RED, Rana Daggubati’s Aranya and Vijay’s Master are the other films that are hitting the screens for Sankranthi 2021. Most of the films that completed shoot are pushed for March and April release in 2021.