After taking the domestic box office in India by a storm and setting the ticket windows ringing in several other countries, SS Rajamouli’s smash hit Baahubali 2, the follow up to the 2015 epic blockbuster Baahubali : The Beginning, is all set to test its luck at the Japanese box office.

According to the latest reports, Baahubali 2 is set for a grand release all over Japan on December 29th. The film has been censored with a ‘ G ‘ certificate by the Japan censor board, which is equivalent to a U certificate in India. The film has been dubbed into Japanese language and a local distribution house has bagged the rights from Arka Media works, the production unit behind Baahubali franchise, for a hefty price.

Rajinikanth is the only Indian hero to create an impact at the Japanese box office with his film Muthu which ran for record number of weeks. Baahubali 1 didn’t perform as per the trade expectations in Japan. It remains to be seen how the second and final part is going to received by audience there. 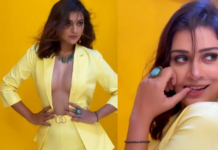