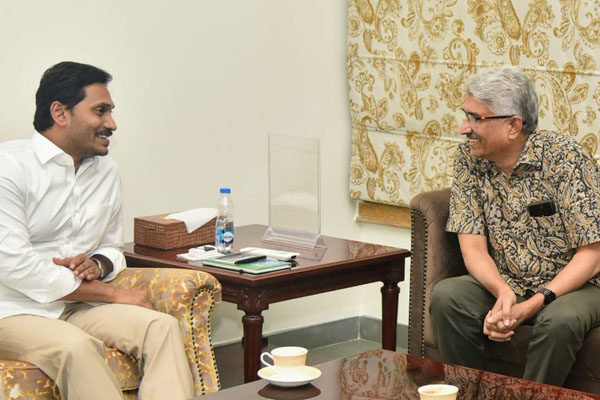 The NDTV, Times of India and other national media groups gave extensive coverage of TDP boss Chandrababu Naidu’s house arrest and his subsequent dharna in car at the entrance gate of his Amaravati residence. The unusual coverage given to the opposition protests gave a big blow to the Jaganmohan Reddy government. Following blow-up of the issue at national level, AP has to step down on its adamant stand. Immediately, the police started taking damage control steps by shifting the Palnadu victims to their villages.

All this is seen as the failure of Sakshi TV senior journalist Devulapalli Amar as the AP Government’s National Media Coordinator. Amar could not send the government’s version effectively in the national media while the whole nation projected TDP victims issue prominently. Even some regional media in North India gave coverage.

Amar has lot of contacts in Delhi media but that could not help Jagan Circar in any way. Is he working in Delhi at all? Or is he still working for Sakshi alone? There are already allegations that Sakshi journalists are being paid from the AP government’s funds in the name of outsourced employees. Has Amar’s failure proved this point right?