Rockstar Devi Sri Prasad also composed music for several Bollywood films in the past. The young music composer has been roped in to compose a special peppy number for Salman Khan in his upcoming movie Radhe. Himesh Reshammiya and Sajid-Wajid have already composed the tunes for the film. It was Prabhudeva who proposed DSP’s name along with a special peppy number for Radhe.

Salman Khan who is a fan of DSP’s music is said to have given a positive nod. The stage is set for a special number which will be canned soon. Radhe directed by Prabhudeva is aimed for Eid release this year. It is unclear if the film’s release is pushed due to coronavirus outbreak or if the film releases as per the plan. More details awaited. 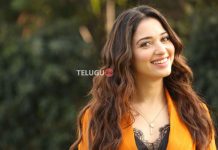