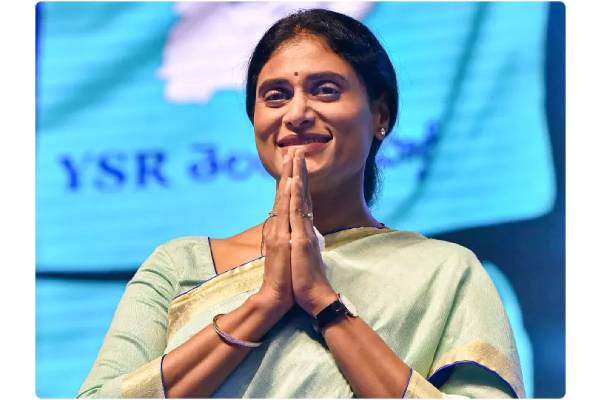 Politics make politicians do strange things. And YSRTP chief YS Sharmila is no exception. YS Shamila, who is known to have been quite active in Christian evangelization activities along with her husband Bro Anil Kumar, is making a padayatra on Sunday to – hold your breath – to Chilkuru Balaji temple. A host of YSRTP leaders too will accompany her. This is being seen as a preparatory for her Padayatra across Telangana.

The Padayatra, which was to start from October 18, is now deferred to October 20. Like her father YSR, Sharmila too will begin the padayatra from Chevella. In fact, she herself undertook a 3112-km padayatra in 2012 for her brother YS Jagan Mohan Reddy from Chevella. This time around, she wants to break her own record and trek for a longer distance. She would hold a preparatory meeting for the yatra on October 18 with senior party functionaries and advisors.

As part of the yatra, Sharmila will unfurl the party flag at every village that visits. Also, the party workers would install the statue of the late YSR in all important centres. Sources said that Sharmila has appointed a special coordinator for the purpose. At all places, awareness meetings would be held to popularize the party and its core ideology.

The Yatra is coming at a time, when several key party leaders have left the party and Sharmila’s Tuesday protest fasts over the issue of unemployment in Telangana are evoking lukewarm responses. The party recruitment too has dwindled after an initial flush. Sharmila and her supporters hope that the yatra would boost their fortunes in Telangana state.