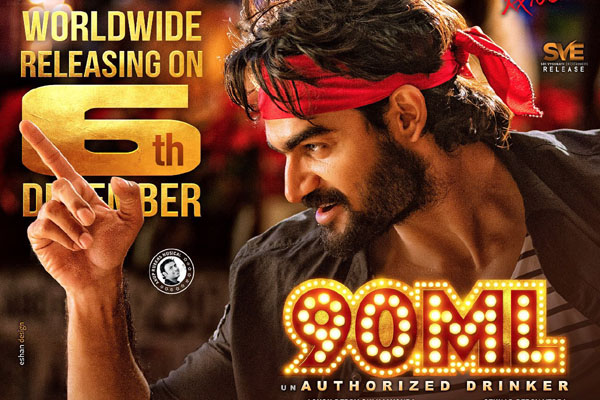 After creating a sensation with RX 100, Karthikeya could not re-create the magic with his next projects. He pinned all his hopes on 90ML which has been announced for December 5th release. Without completing the censor scrutiny, the makers conducted two grand events across Telugu states. In a shock, the film faced censor problems as the slots are filled.

After a huge high drama, the film completed all the censor formalities this evening and was awarded A certificate. The film’s release is pushed by a day and 90ML will release all over on December 6th. Sekhar Reddy directed this romantic action drama and Karthikeya Creative Works are the producers. 90ML is an acid test for Karthikeya and we have to wait to see if the film fares well at the box-office. 90ML is the costliest film made in the career of Karthikeya.