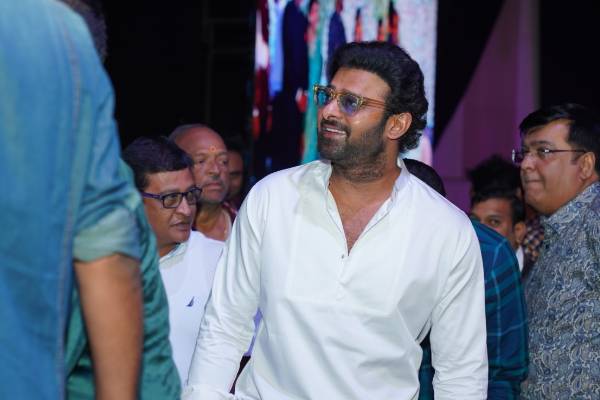 Prabhas is all set to commence a period love story this weekend. Sprawling sets have already been erected in Hyderabad. It seems he has gained weight a bit. He was spotted at the engagement ceremony of producer Lakshman’s son.

He is fit as always but has gained weight. As he is playing the role of a fortune teller of the 70’s period, he is keeping curly hair. The film is to be directed by Radhakrishna Kumar

Radhakrishna began his career in the camp of UV Creations and made his debut as a director with Gopichand starrer ‘Jil’. This is Prabhas’s straight second film for the same production house. Radhakrishna’s original plan was to shoot the entire movie in Europe but the producers have cut down the budget now.

The majority of the film will be shot in Hyderabad. Pooja Hegde is the heroine.