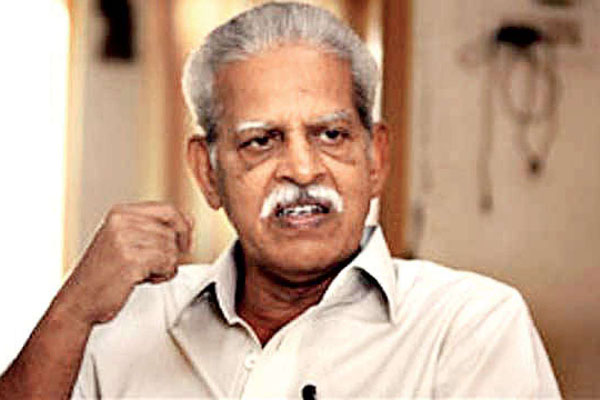 81-year-old Hyderabad-based poet and human rights activist Varavara Rao, who has been in jail for nearly two years in the Elgar Parishad case, was tested positive for Covid-19.

Varavarao, who languished in Taloja jail in Navi Mumbai for nearly two years, had been unwell for some time. He was arrested in 2018 for his alleged role in the Elgar Parishad- Koregaon Bhima case of Maharashtra.

Medical authorities have confirmed that Varavara tested positive for Covid-19. Earlier, Varavara Rao’s lawyers had approached the Bombay High Court for temporary bail, given his ill health and the ongoing COVID-19 pandemic. Varavara Rao’s family had appealed to the Taloja jail authorities to provide him with medical help given the corona situation. Addressing a press conference on July 12, his family had stated that while he is alive and fighting, they were worried about his deteriorating health.

Varavara Rao was recently shifted to JJ Hospital in Mumbai following a plea from the family members stating that his medical condition deteriorated.