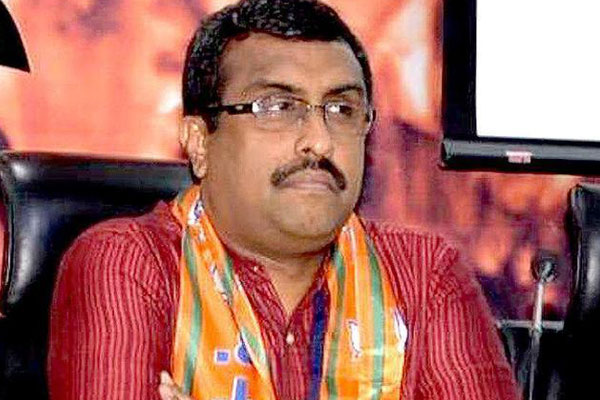 With the scrapping of Article 370, the people of Jammu and Kashmir would see a new era of development, said Bharatiya Janata Party (BJP) national vice-president Ram Madhav, here on Wednesday.

Speaking to media on the sidelines of a programme on education and Indian freedom struggle, Madhav said, “The people of J&K will join the development league with the scrapping of Article 370. They shall get the benefits of development in the form of health and education facilities, which will now reach the interiors of the state.

“When we talk of Kashmir, it means the entire territory once ruled by Maharaja Hari Singh is ours. Today, it might be occupied by other nations, but it’s and always will be ours. When situations come in our favour, it will be brought back to us,” the BJP leader said.

Recalling the resolution passed by Parliament in 1994 that the territories occupied by other countries need to be brought back to India. he said, “It’s pending and will be accomplished when right time comes.”

He said PoK and Aksai Cheen were integral parts of India.

The day Maharaj Hari Singh signed the Instrument of Accession, the merger of Kashmir with India happened on the constitutional grounds, but Article 370 proved a barrier in the emotional merger of the state with the rest of India, he said. Now with the scrapping of Article 370, that barricade had been removed, he added.

Madhav said the BJP government had made amendments to article 370 respecting all constitutional grounds, and added the strong will power of leaders helped us accomplish it. “We respected and abided by all constitutional procedures to take a step forward towards,” Madhav said.

He criticised the opposition parties for terming it a bad decision and added, “This is right for Kashmir”.

Before starting his address, Madhav paid condolences to former External Affairs Minister Sushma Swaraj who passed away on Tuesday following a heart attack. “The BJP had cancelled all its programmes, but it was important for me to attend this programme,” he said.