Young actor Sudheer Babu’s recent outing Sammohanam received critical acclaim and it raked decent box-office money. Sudheer turned quite choosy and is picking up interesting movies. Impressed with the narration of debutant Puli Vasu, the actor signed the film on spot. The pre-production work of this untitled film has been wrapped up and the film will be launched officially tomorrow in Ramanaidu studios.

Golden girl Mehreen has been roped in to play the female lead in this breezy romantic drama. After a huge search, the makers felt Mehreen would be the apt one for the role. Rizwan Entertainments will produce this untitled film. Dil Raju and VV Vinayak will attend the movie launch as Chief Guests. 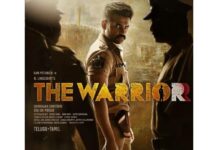 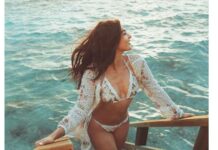 Pooja Hegde sets internet on fire in a Bikini

Pooja Hegde sets internet on fire in a Bikini