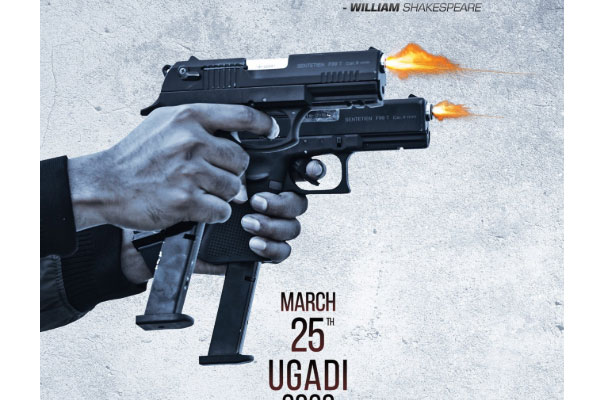 Natural Star Nani after a while is stepping into the shoes of an action thriller titled V. What’s so interesting is the actor is playing a role with negative shades. Mohana Krishna Indraganti is directing this stylish action drama and Sudheer Babu is the other lead actor. The movie was initially planned for February release but the makers today announced that V will release on March 25th 2020 on the eve of Ugadi.

A stylish poster with the quote of William Shakespeare is released with the release date. Aditi Rao Hydari and Nivetha Thomas are the leading ladies in V. The shoot of the film is currently taking place in Hyderabad and Sudheer Babu essays the role of a cop. Dil Raju’s Sri Venkateswara Creations are the producers. Nani who has been running low in his career pinned all his hopes on V.